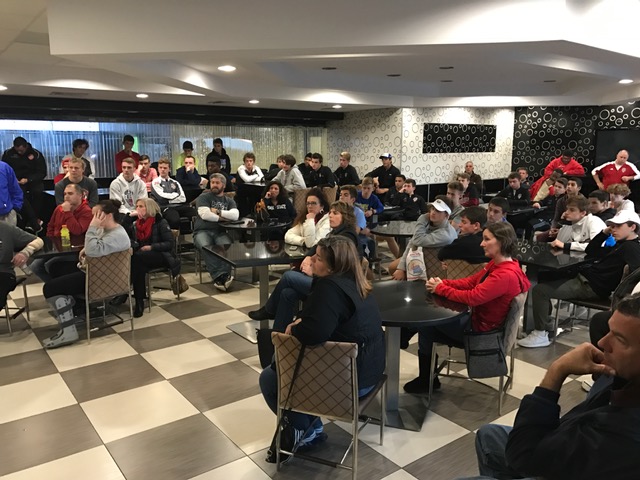 Last year, Century added a College Soccer Recruiting Series to its offerings for its teams and players.  The series started with an evening session in which 4-5 College Soccer coaches from varying levels, met with our players and families, and then evaluated their play via a series of interclub friendlies.  This series continued for 3 weeks and hosted 15 coaches from different schools in all.

The series continued on the road while attending showcase events and tournaments.  A venue at the hotel would be reserved and the club would host college coaches to give an overview of recruiting, talk about the recruiting process, and intimately guide and educate our players and families through the recruiting process.

Boys Director of Coaching Larry Fingers had this to say about the series:

“As a club we are committed to not only training the players at the highest level, going to top events, and playing in top leagues; but we are also committed to educating our players and families about all things soccer-related including the college process.  This process in the past potentially can be overlooked, but by creating this steamlined platform it has greatly benefitted everyone involved. The hours upon hours of education from our staff, coupled with the direct information from college coaches, and access to college coaches have made this series a great experience for our club members”.

This series culminated with the first ever Century Soccer College Showcase (last year known as the Steel City Showcase) in which 40 college programs attended and the club hosted several of the top teams in the country.  Link to info and quotes from college coaches below:

Two weekends ago we kicked off year 2 with the first on the road series while at the EDP College Showcase.  As in the past it was a great educational experience for the boys and our families and we are most appreciative of the coaches’ time and expertise.

This past weekend we hosted the 2nd installment of the series on the road at the PA Classics College Showcase.  The presentation from yet another Division 1 Head Coach was fantastic and again was a great opportunity for our families and players.

Century 2001 Gold parent Joe Kelly had this to say about the process:

“Being a part of the Century Family has been a great experience.  The coaching staff have started to educate us early in the process of college recruitment.  Because of that exposure, I feel like we are better prepared to help our sons make decisions that will directly affect their future, both on and off the field.

Last year at the college recruitment seminars, we were invited in to listen as the colleges coaches presented to the boys.   Having D1, D2, and D3 coaches explain the process to the boys was invaluable.  Our players were treated as equals and given the same respect by those college coaches as players who are currently on their team. The boys were able to really get a picture into what the college player goes through, so that my son and his teammates could really start to make informed choices about their soccer future.

Already this fall, the Century Coaching Staff have brought in several D1 coaches to present to us about what they are looking for on and off the field. We were given realistic information about how scholarships are given out, how much colleges cost, and how to choose a university that fits in with the players life goals as well as their soccer goals.

Nowhere else in Pittsburgh is there such a firm commitment to our future players as there is with Century.”

Throughout the season, scheduled installments of this series will be announced and will be featured at the 2nd annual Century College Soccer Showcase being held at Cool Springs February 11th and 12th.  We are pleased to be the first club ever in the area to host DC United Academy, Columbus Crew Academy, PA Classics Academy, Baltimore Celtic, Pipeline, and LDC along with our teams at this event.  The combination of these teams playing will be an awesome experience for recruiting purposes and for soccer enthusiasts from all over the region.